stories from a bolivian

We had some fun drawing silly things the other day. Here is what we came up with.

Over the holidays we got a new puzzle that has the main organs and circulatory system on one side and bones on the other side. After we finished putting it together, we devised a new game:

Race to the Place™!

For example, the teacher would say “Race to the place….. the appendix!!”
Below you can see only two stuffies got it right.

I gotta say, I’m learning all my organs really well.
Might move on to the bones pretty soon.

I made a candy chute for Halloween this year and I thought it turned out pretty good:

What I need to improve for next year:

Lately, we’ve been having a lot fun making shiny purple crabs out of play-doh. We also make frogs, snails, and the occasional poop because all kids love making play-doh poop and so do I. My daughter also invented what she calls a “Cinnamon Twist Hair” – which is when you put a cinnamon bun on an animals head as a haircut.

Something I realized is that I’m constantly afraid of the play-doh sitting out too long and getting ruined, even though it’s only a $1 can (bottle? cylinder?). I have some sort of play-doh anxiety. While we’re playing I’m constantly checking for how it feels, alerting of hardening conditions, and recovering lost crumbs from the ground quickly.

As a kid, play-doh was this sort of “holy grail” of American Toys™. It wasn’t something you could find in a store, so we only got it when we travelled to the U.S. or if someone brought us some back as a gift. It was pretty rare stuff. We’d have 1 or 2 cans of play-doh that we’d have to make us last for 5+ years. I was so afraid of loosing a crumb or making it go stale that I just ended up never opening it.

One of my favourite gifts I received as a kid was from my mom just after I had gone through Tonsil surgery.

When you’re a kid and you’ve never seen anything like a Post-It Note, it’s really magical. Colourful, square, sticky, paper?? I kept the Post-It’s for 14 years in a box of special things (until my dad tossed them, probably thinking they were garbage).

Sometimes I do have these strange bonds with mundane things like Post-Its and Play-Doh, and it can be hard to explain and it’s even hard to understand why those things still affect me much later in life. As odd as it seems, I like to think that it’s a reminder for me to keep learning to appreciate things that might seem minuscule to me but that in fact can be full of wonder and excitement.

Thanks for the Post-Its, Mom!

I definitely need to power wash this fence though.

One of the highlights of Summer 2020 so far has been finding Jim.

We were walking around the yard and Amalia spotted this thing that looked like an egg! After a quick Google reverse-image search, we figured out it was a moth pupae.

We named it Jim, and put it somewhere safe to check on every day.

We checked. every. day.

There were times we thought Jim was dead, other times we could see him wiggle, but surely it can’t take this long to pupate?

What is really interesting is that the caterpillar does not actually grow into a moth per say; it goes through a process called histolysis. There is a special group of transformative cells which remain, dormant, inactive, and unseen during the pupal stage of a caterpillar’s life. These cells break the caterpillar down until it is nothing more than a pile of cells, more or less an accumulation of goop. Now it is ready to reform itself into a moth.

After what seemed like an eternity (almost a month), Jim hatched and was free. We were very happy for him and hope he comes back to visit one day.

Step 1.5: Replace the entire screen front plate so you can turn on USB transfer mode

Step 4: Install Windows on your Mac

Step 7: Find a USB-A to USB-C dongle because dongles

Step 8: Plug and Unplug your Blackberry 127 times until Windows finally recognizes it

Step 9: Realize Blackberry Link is garbage and it won’t do anything right

Step 11: See your Blackberry somehow mounted as a drive in Windows

Step 12: Drag and drop 1484 files to your Windows computer

Step 13: Realize you need to install VirtualBox Guest Additions to even get these files back to your mac

Step 14: Finally get all the files into Dropbox and breathe deeply

I am always finding excuses to start silly family traditions.  I think this year for Leap Day™ I am going to butter my toast on the bottom toast side, drink coffee from a vase, and maybe wear a hat.

I think I have an addiction to hobbies.

One of my latest hobbies is amateur woodworking.  I say amateur because my brother in-law knows what he’s doing, and I just pretend.  I’ve been collecting tools and slowly learning how to make things.  It’s actually a lot easier than you would think.

END_OF_DOCUMENT_TOKEN_TO_BE_REPLACED

Being a dad is a weird thing.

One day you’re just another guy at the grocery line – the next day you are someone’s father… forever. END_OF_DOCUMENT_TOKEN_TO_BE_REPLACED 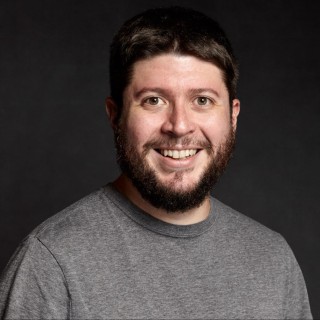